IN THE FIUMEI ROAD CEMETERY

The Piety Museum presents on the one hand the traditional burial ceremonies with their ethnographic collection, on the other hand with city-specific relics, the civil burial culture. In addition to exhibitions that showcase the unique segment of cultural history, the museum regularly gives space to various contemporary art manifestations and thought-provoking programs.

The permanent exhibition of the museum which has been operating in the Fiumei Road Cemetery since 1992, is being rearranged. In the partially renewed space, the great funeral ceremonies can be seen with contents related to the Apponyi coach exhibited in the cemetery and the periodic exhibition of the Kamill Major (graphic artist) works also is on view. A short film made of the original, for 25 years existed permanent exhibition in Hungary’s onliest funeral collection can be seen permanently in the museum. 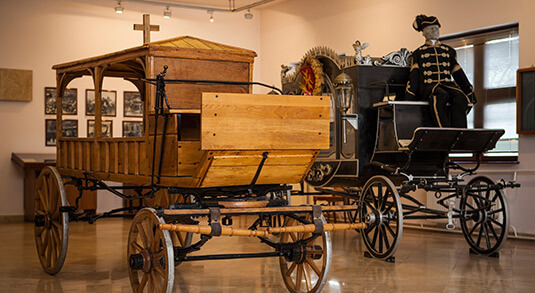 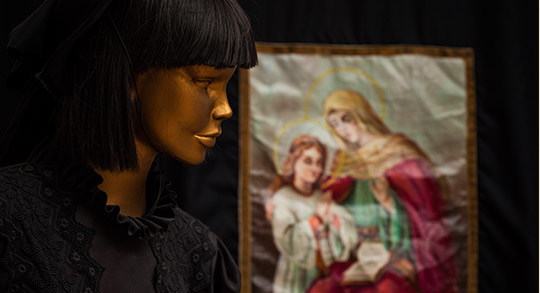 Death is an eternal theme in the arts. From the beginning, mankind is concerned with the issue − where do we come from and what will happen to us after our death?

Major Kamill lives and works in France since 1972. For decades he visited cemeteries, made pictures of the tombstones on which the deceased's portraits were visible, and years later he returned and re-photographed them in their state of desolation. His regular visits to cemeteries have affected his entire creative work, which reveals the aesthetics of the destruction and sometimes the ugliness.

After capturing the unintentional and unstoppable destructive-regenerating processes in nature, he himself became an active participant in destruction and re-creation, experimenting with the artistic possibilities inherent in it. 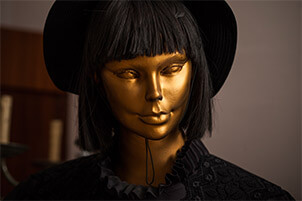 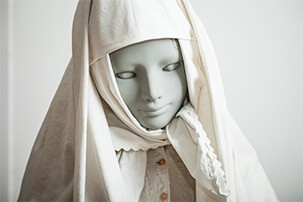 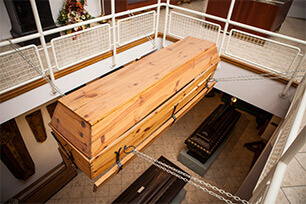 The inventors of bourgeois-civilic mourning culture were the burial carriers and then the private entrepreneurs. As burial specialists, they created and served the civic model and fashion of the "beautiful funeral." Not only the details of the ceremony were renewed, but the whole ceremony was transformed, according to the tastes and the spirit of urban citizens, with the exception of the ecclesiastical ceremony. The decoration of the mortuary, the coffin, the mourning attire, the death announcement, the funeral procession and the final graceful activity, the order of the funeral were developed. Burial companies have prepared the hearse, the house, the deceased, the mourners for the final "performance."

The newspaper cold “World” of 29 April 1926 publishes an article entitled "Free burial at the expense of the capital" which lists 2000 free burial annually: "The last year has taught us that not only life is expensive, but death is also priceless." For the nobs and man of means, however, these ceremonies were sad occasions, but offered a good opportunity to represent their wealth.

The highlight of the funeral service was the funeral procession, an exceptional opportunity for the relatives to show their willingness to sacrifice for the ultimate publicity of the deceased's excellence, greatness and wealth.

The bilingual (Hungarian−English) interactive content for the world-class hearse exhibited in the cemetery can be viewed in the museum as well.